3M Crystalline is BETTER than Ceramic

Shopping around for the best window tint can be hectic. There are so many shops to choose from, all claiming to be the "best" for you. You hear about all these different window film brands and tint types that go over your head. So you jump online to do your research to help narrow down these options. You will quickly come across the term Ceramic, a buzzword in window tinting right now. Ceramic technology essentially blocks more overall heat from the sun than traditional window films. Ceramic is excellent for keeping your vehicle cooler as you ride down the road. While looking deeper into these heat-rejection films, you will most likely come across 3M Crystalline as another great option that blocks even more heat. You wonder if this is the best option for you. So you dive a little deeper and stumble across an article titled 3M Crystalline is NOT Ceramic! Catchy title, so you click on it to read about how 3M dealers lie to their consumers and even went as far as saying they are scamming. Wow, now you honestly do not know what the best option is. So we are here to break down what they got right and wrong and provide additional information about 3M Crystalline.

Is 3M Crystalline a Ceramic film?

Nope! 3M Crystalline is not a Ceramic film; the article is 100% correct. I know what you're thinking. What is the point of all this if you agree with them? Let's break it down a little further. Crystalline is a proprietary, multilayer optical film (MOF) with nano-technology that combines over 200 layers in a film that is thinner than a Post-it® Note. That sounds cool, but how does that differ from Ceramic? Ceramic films are designed to absorb the sun's heat, preventing it from passing through into your vehicle's cabin. Sounds great, but this technology only works if your car is in motion allowing the air to push the heat away from the vehicle. However, if you are sitting in traffic or a parking lot, there is nothing to move the heat away from the glass. The heat will continue to build up until it radiates heat inwards toward you. So the amount you feel when driving versus the amount you feel when sitting still is vastly different. All Ceramic films work this way, including the brands we carry. 3M Crystalline technology is more advanced than Ceramic technology. While it absorbs some heat, the vast majority is redirected away from the glass, keeping you much cooler whether you are driving or not. Even though a select few Ceramic films can hang with Crystalline when the car is in motion, none can touch it while sitting still. I don't know why a 3M dealer would promote Crystalline as a Ceramic. It would be like a dealership selling a V8 Mustang but advertising it as a V6. Does that make any sense?

What about everything else in the article?

The article is pretty outdated but let's jump into some other claims. They are boasting about the Ceramic film from Huper, the only patented Ceramic film on the market. We used to be a dealer, so I can say it is a great film with excellent performance and a slight reflectiveness that we still get asked about to this day. The only drawback is it was designed for commercial and residential applications, not automotive. It was meant for flat glass, not curved automotive glass, so you could not install it on just any vehicle. Since then, they have come out with automotive multi-layered dyed Ceramic films (that are not patented) similar to Llumar CTX, IRX and Formula One Pinnacle, Stratos. If you look at this shops current lineup on their website, it looks like they only offer these newer films for auto tint, not the Ceramic featured in the article. I did say the article was outdated!

3M Crystalline now blocks up to 99% solar infrared energy rejection over the wavelength range from 900-1,000nm versus the 97% listed in the article. Indeed, this is not the whole spectrum, but they do list the entire spectrum in another column. Many manufacturers are using this method, so it is much more across the board now. XPEL, for example, rates its film at a singular wavelength of 1025nm. Global follows the same path measuring only at 1025nm. Both of these films are extremely popular with both shops and consumers. If you look at the Ceramic films this shop now offers, there is no detailed information about what wavelength is used to measure the IRR—even going to the manufacturer's website, no exact specifications. Interesting, to say the least.

They mention that all window films, whether standard or premium, have multiple layers, so what is unique about Crystalline? This is true; all window films have layers...you will have your adhesive on one side and scratch coating on the other, with multiple layers in between depending on the film itself. However, no window film has anywhere near 200 layers in it because no other window film utilizes the same technology as 3M Crystalline. Let's look at the "Authentic" Ceramic film they are pushing in the article that they no longer offer...it has a total of 9 layers. 3M boasts 200 layers in Crystalline; not to brag they have the most; it is simply the construction of their unique film. Besides that, the number of layers does not mean much when comparing films. I honestly don't even know why they brought this up.

Next are the reviews stating that 3M Crystalline does not block more heat than the stock glass. I want to start by pointing out that these reviews are directly on 3M's website, which means they are not hiding/deleting reviews. It also means they are open to receiving feedback, whether positive or negative. When you look at the manufacturer's website for the brand this shop carries, they do not even have a review section. I can promise you that all window films have at least a few bad reviews. Some of these will be legit complaints, some will be caused by the shop that installed the film, and a lot are simply misconceptions on the consumer's part. The biggest misconception about Ceramic films, Crystalline, or any other film advertised to block heat is that your vehicle will always stay cool. This is not true. If you park your vehicle in a parking lot for 6 hours in the summer, your car will be HOT when you jump in. These films only help slow down the heat buildup in your vehicle, not eliminate it. They are meant to work with your a/c to cool your car down faster and keep it cool while you're in it. If you want something to keep your vehicle cool in the summer after 6 hours of baking in the parking lot, you will need to invent it because it does not exist.

Now let's ask the real question, why write an article bashing a window film you do not carry? Simple. 3M is a household name, and Crystalline has the most prominent reputation of any film. I would guess they were tired of customers calling in asking for 3M Crystalline. We went through the same issue when we carried the same film. We would get a lot of calls for 3M, specifically Crystalline, and would have to put in work to promote our film to the customer. It was a headache. So I assume they decided to write an article to explain why their film is better to back up their sales pitch. No harm in that; they are presenting facts here. However, they are just taking the straw man argument approach, distorting an opposing position into an extreme version of itself and then arguing against it. I mean, if it works for them, I guess. 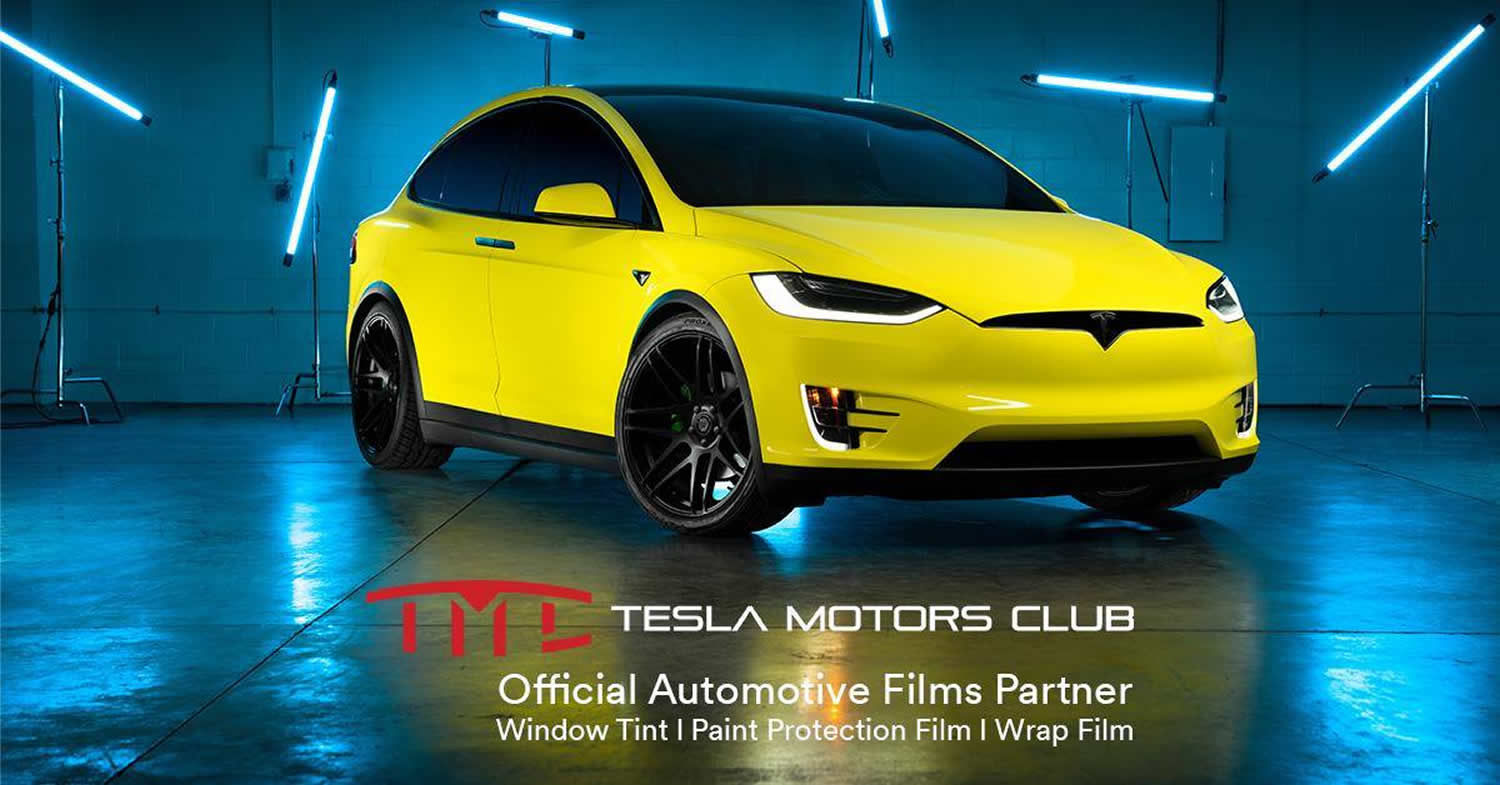 If you click on the link for the Tesla forum to read the write-up about 3M Crystalline, you will notice that it doesn't exist anymore. In fact, the entire forum is gone from the Tesla website. Like I said twice now, OUTDATED. I have no idea what happened there, but 3M is the Official Automotive Films Partner for the Tesla Motors Club, the largest Tesla forum community. So that pretty much sums that up, LOL. I will add that we install more 3M Crystalline on Teslas than any other film we offer. We've never had anyone return complaining about a lack of heat rejection.

3M is the Official Automotive Films Partner of Ferrari Club of America!

3M is also the Official Automotive Films Partner for Ferrari Club of America. Founded in 1962, the Ferrari Club of America has grown from a small organization of about a dozen die-hard enthusiasts to more than 11,500 members who participate in hundreds of diverse and exciting activities every year. Their members can participate in activities in their Home Region and any other 16 Regions and 53 Chapters across the United States, Canada, and Mexico. The world’s largest Ferrari club members enjoy exciting track events, an internationally recognized Concours d'Elegance, and a wide variety of year-round social activities. Side note, we have installed 3M Crystalline on multiple Ferraris, including the yellow one in the top photo.

Is 3M Crystalline the best option for everyone?

Nope! We pride ourselves in not using pushy sales tactics to upsell customers. We believe you need to pick the film that gives you the desired result you want while fitting into your budget. Your vehicle, your money, your decision! Even if you are looking for the best (highest performing film), Crystalline might not be the route. The 40% has a slight brown hue that you might not vibe with that gets even more noticeable in the 20%. It will not match the rear privacy windows on SUVs/trucks. In this case, we suggest stepping down to the 3M Ceramic IR, which the BMW M5 has in the photo above. CMIR has a more neutral color that people love while delivering up to 95% IR heat rejection. Don't care about heat rejection? We've got you covered! No matter what route you want to go, we have something for everyone. If you're located near Atlanta, GA and ready to get your tint on, click the links below to get a free personalized quote or book your appointment online.

GET A QUOTE SCHEDULE TINT