NEW PRODUCT ALERT! Finally a new option to upgrading the Ranger's headlights other than upgrading to the OEM Lariat headlights. Morimoto has had a number of XB LED headlights out for tons of vehicles but soon will have some for the 2019, 2020, and 2021 Ranger. Featuring three projector housings, sequential turn signals, a very trick boot up sequence and very bright two stage DRL's! If they follow suit like their other XB headlights, these will be a direct plug and play replacement and all backed by their 5 year warranty.


MUCH NEEDED: Whether you are working on building a Ford Ranger up for to be a road warrior or trail blazer, there's one thing that the original headlights lack... and that is: Everything. So what does your truck need? Triple Bi-LED headlights with a crazy bright daytime running light, a sequential turn signal, blacked out internals, and a fantastic beam pattern. The Morimoto XB LED headlights for the 2019+ Ford Ranger will do the trick!

SIX LOW BEAMS AND SIX HIGH BEAMS: First things first. These are the first and only set of headlights in the entire Morimoto XB lineup that use not one, not two, not three, but three Bi-LED projectors. Yes that is three low beams, and three high beams to provide you with maximum output. These things are much brighter and wider than the stock halogen or LED headlights, and will also out-perform other options out there in the aftermarket too.

START UP SEQUENCE: And if the optical upgrade isn't enough for you, then surely the special start-up sequence on the projectors will reel you in. When the Daytime Running light kicks on, the projectors illuminate in a two-stage sequence before turning back off. While it does absolutely nothing for performance, you can't deny the cool-factor!

DAYTIME RUNNING LIGHT: Their LED daytime running light is powered by Osram 5000K LEDs and is insanely bright, easily visible during the day. The turn signal function uses the same optics paired with amber LED chips to produce a full sequential setup that's equally sexy. For those who are a bit more traditional... Yes... they can also be setup to run as solid on/off style signal too.

DOT APPROVED: Make no mistake, these will produce a much better result than slapping some LED replacement bulbs into your stock headlights. Their triple-projector optics meet & exceed all SAE, DOT, and FMVSS108 regulations when aimed properly... and that's easy to do with their integrated adjusters. US market lights will be equipped with amber side markers as well. 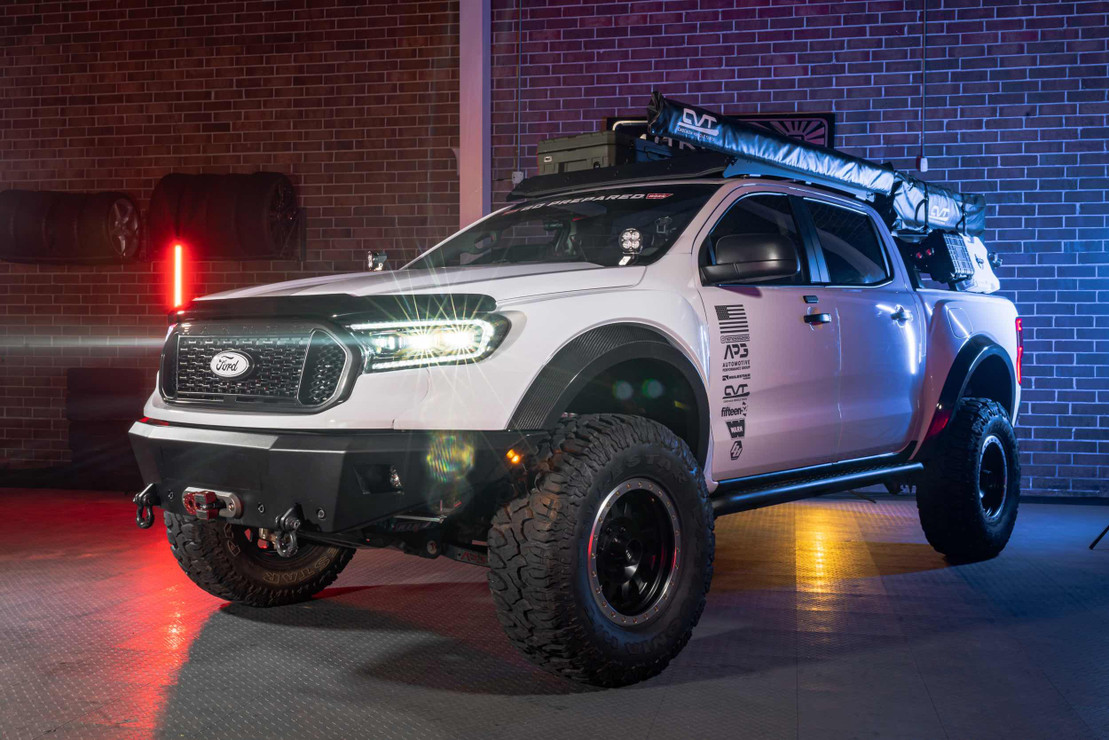 PLUG AND PLAY: Wiring is easy too! The Morimoto XB Ranger headlights are designed to work on your truck without any modifications. They will plug into the factory connectors for the stock headlights. No error codes, no flickering, hyper-flashing, or radio interference. They can easily be removed and will not void your factory warranty. These headlights will work with trucks that came stock with the basic halogen headlights, and the higher-end version with the projectors and LED DRL.